A downloadable game for Windows

STORY
Though Count Dracula was defeated at the hands of Abraham Van Helsing in 1706, he had a back up plan: long after the death of the Van Helsing bloodline, he would return. Tonight is that night.

What Dracula did not expect was how modern day viewed his reign of terror: Cartoons. Plushies. T-shirts. To them, the Prince of Darkness was friendly. Cute, even.

It was time to remind them of the real Count Dracula.

WHAT IS THIS?
This game was initially created for Clickteam's "Weirder Stuff" game jam that took place in October 2016. Unfortunately, I ran out of time to finish all the features that I wanted to implement, so the version I submitted to the Jam only had four levels and a bunch of bugs. This version right here represents something closer to the ideal version of the game that I'd wanted to submit to the Jam. That being said, it's still short and a little rushed, as it contains only five levels ( estimated play time: about 15 minutes).

It's also worth saying that because this was a Game Jam game, not everything was coded with stability in mind. The game probably won't crash or anything, but if you notice bugs here or there, well... yeah, they exist. Probably a lot more than I think exist, too. Which is to say nothing of the level design; most of these levels were thrown together in a few hours on the last day.

THE GOAL OF THE GAME
Dracula's castle is populated by many tourists. By feeding on a tourist, you charge up Dracula's once-lost power. Feed on enough tourists, and Dracula will regain a lost ability. When there are no more tourists left, you have won the game.

For more information on how to setup the game, what's been changed since the last version, gameplay tips and more, please read "readme.txt", included with the game.

OVERBITE HAS SUCCESSFULLY BEEN GREENLIT!
Unfortunately my life was turned upside down after I was forced to move out of the childhood home I had grown up in over the course of nearly 25 years. The full-length Steam version of OverBite was going to release in 2017, but I've had a lot of adjusting to do and the future of the game has been set back considerably. Watch this space for future developments.

Super game. I am waiting for release on Android. 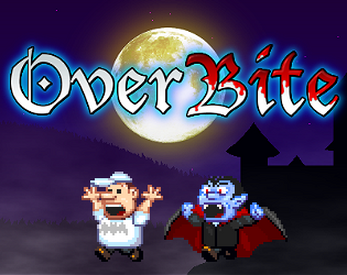 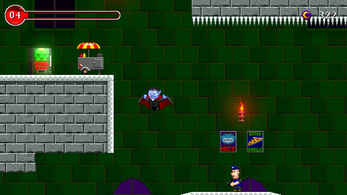 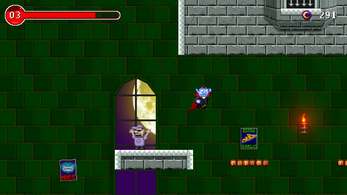 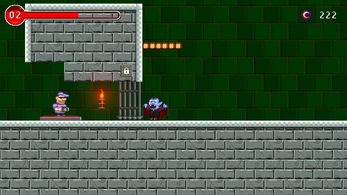 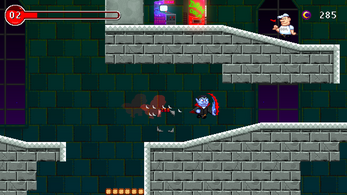